"LUCK IS BACK" Longsleeve Shirt 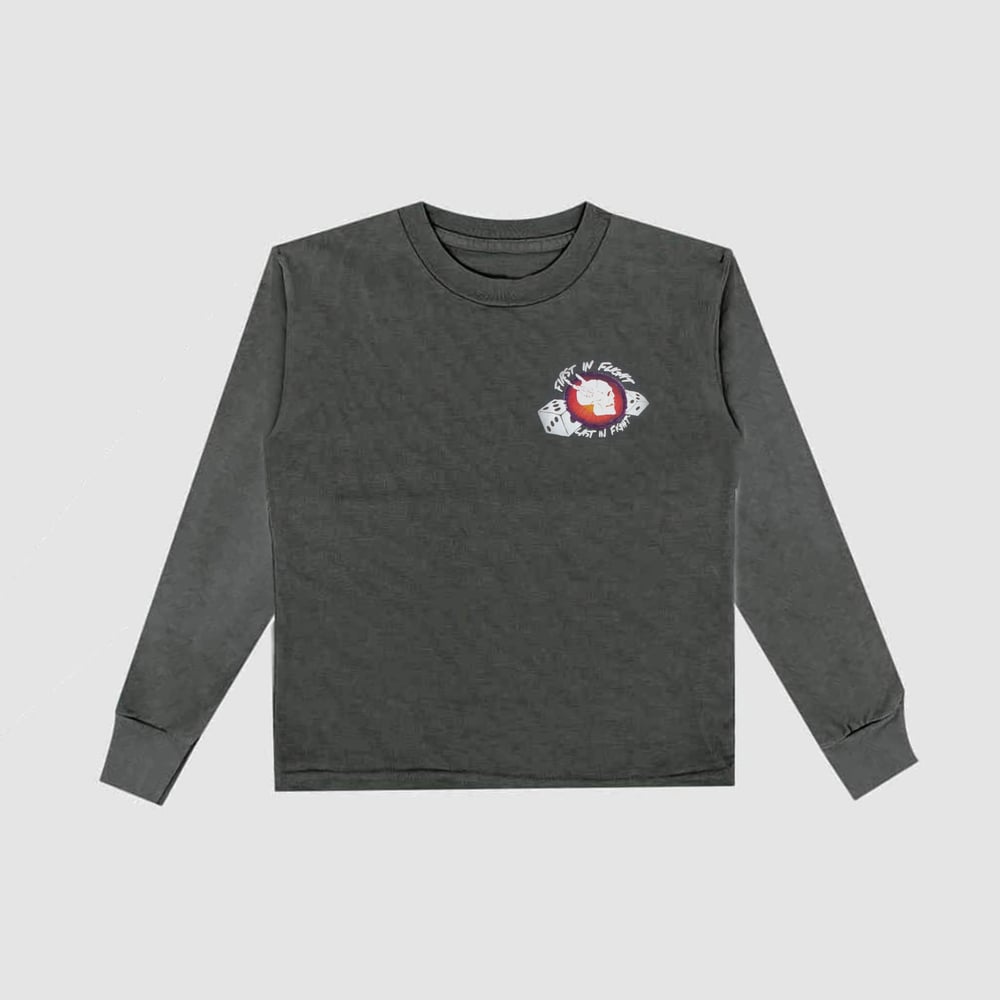 An homage to aviation artists who would paint pin-up models during World War 2. During this time, illustrations depicting voluptuous women was popular. Such was the influence of these works that were appropriated by the troops, which incorporated them into the fuselages of their planes in what is known as "nose art". Varying the level of nudity of the girls and often with a very provocative and aggressive sexuality, the soldiers painted them on their planes as a symbol of good luck or as a kind of "goddess of war". The design on the back is deliberately rendered to the point in which it can only be described as a "hypermodern" reflection of this niche culture- driven by the rise of technology in its aspiration to converge with natural human behavior.